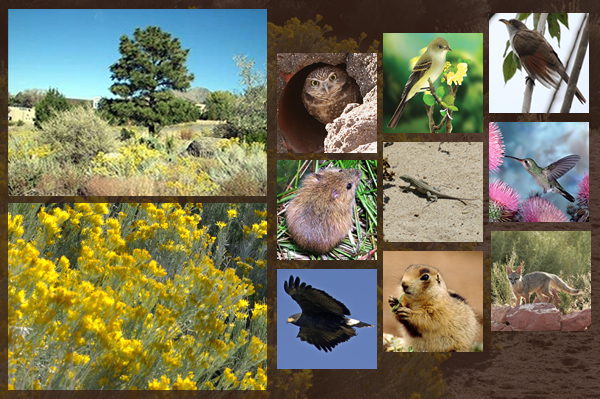 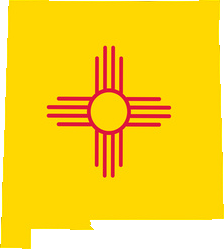 Geographically it is the fifth largest state yet it has the least amount of surface water of all 50 states, as a percentage of its land mass (0.2%).

The Continental Divide runs through the entire length of New Mexico, closely following the path of the Rio Grande.  The Divide represents a major U.S. division of watersheds: all precipitation that falls to the west of the Divide eventually makes its way to the Pacific Ocean, while precipitation that falls to the east of the Divide makes its way to the Atlantic Ocean.

The diverse geology of the state provides terrain that includes six of the seven “life zones.”  A life zone is a belt of vegetation and animal life that appears with increases in altitude and increases in latitude.  With such a variation in landscapes, the animal and plant species also represent a vast range like no other on the planet.
[hr_small]

The high desert climate is classified as arid to semi-arid, with lots of sunshine and very low humidity.  Average precipitation in Sandoval County is about 10″ per year, and the state average is about 14″.  Most precipitation falls as rain during the summer months.

Much of New Mexico is located in the Upper Chihuahuan Desert, which is colder than the Sonoran desert in Arizona.  Well-known native plants include yucca, cholla cactus, prickly pear cactus, piñon pine, juniper, cottonwood (in riparian areas), and Ponderosa pine (in higher elevations).
[hr_small]

In keeping with the philosophy of the Quality of Life plan, SSCAFCA continues to strive for sustainable practices that lower impact on the environment. In 2013 the first Green Report was presented to the Board of Directors. Click here  to see the Green Report 2013.